Update 6.2
CODEX
The heavy two-handed sword known as Gram requires great strength to wield, but is notorious for its splitting power. Can hit multiple targets with each strike.

The Gram is a Tenno heavy blade that boasts good damage. In comparison to other weapons of its class, the Gram does not have many redeeming factors, and can be considered the baseline of heavy blade weapons. 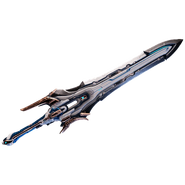 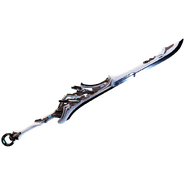 Retrieved from "https://warframe.fandom.com/wiki/Conclave:Gram?oldid=1932870"
Community content is available under CC-BY-SA unless otherwise noted.