Prisma Grakata
CODEX
Equipped with a huge magazine and impressive rate of fire, the GRAKATA is the preferred weapon of Grineer Lancers.

For the soundtrack, see Grakata (Soundtrack).

The Grakata is a standard-issue Grineer assault rifle used by Lancers, Hellions and Commanders, capable of unloading a quick barrage of bullets upon enemies. Despite having a low amount of damage and very high recoil, the Grakata has a high fire rate, and is able to inflict a large amount of damage in short periods of time, at the cost of being extremely ammo inefficient and hard to control in sustained fire.

‍7,500; it is also a requisite ingredient for 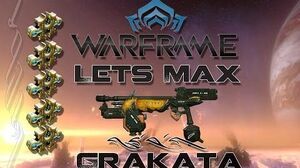 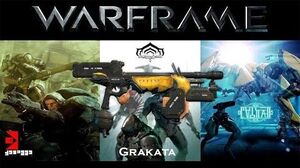 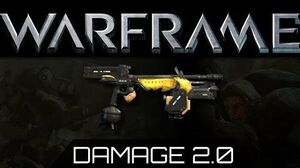 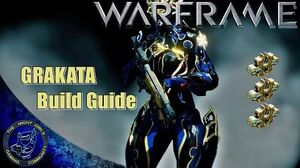 Retrieved from "https://warframe.fandom.com/wiki/Conclave:Grakata?oldid=1938059"
Community content is available under CC-BY-SA unless otherwise noted.