Gorgon
Prisma Gorgon
CODEX
The Gorgon Wraith is a powerful variant of its precursor that features unique styling.

The Gorgon Wraith is the Wraith variant of the

This weapon was first introduced from the Tethra's Doom event, awarded for scoring 500+ points in a hijack mission, complete with a free weapon slot and a pre-installed Orokin Catalyst.

The Gorgon Wraith was awarded again from an alert in the Infested Nightmares Bonus Weekend, once again with a free weapon slot, but did not come with a pre-installed Orokin Catalyst.

On May 9, 2017, Hotfix 20.4.4 and Hotfix 20.4.5, a bug allowed Gorgon Wraith parts to drop from Jackal. This was a very short-lived bug, but dissemination of information on the forum allowed many users to learn of and exploit this bug before DE quickly corrected it. The parts and weapon were not removed from users' inventories.

The blueprint and parts are now obtainable from the Razorback Invasion via Assassination. All the components can be traded, although players must have a Mastery Rank of at least 7 to acquire the blueprint. 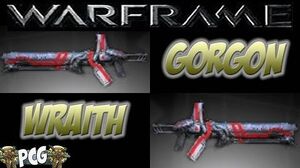 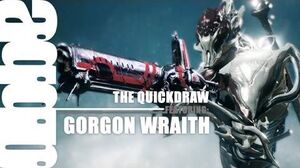 A Gay Guy Reviews Gorgon Wraith, Worth The Work? 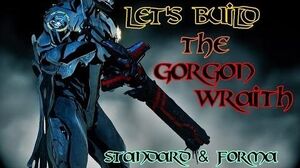 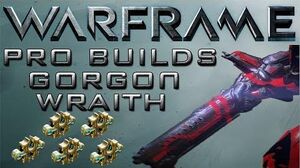 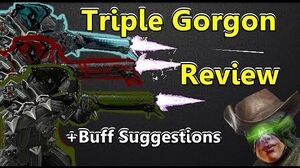 Retrieved from "https://warframe.fandom.com/wiki/Conclave:Gorgon_Wraith?oldid=1920053"
Community content is available under CC-BY-SA unless otherwise noted.