It first released in the Chinese build of WARFRAME as Excalibur Umbra Prime and was later added to the Global build in Update 23.0. The frame can be acquired through the The Sacrifice quest.

The blueprint for Excalibur Umbra is given to players upon completing the first mission of The Sacrifice quest, and the ability to build the Warframe is granted on completing the second mission. Unlike other Warframes, Umbra requires no further components and is constructed entirely from the single blueprint. However, even after being crafted, Umbra cannot be used until the penultimate mission. A second blueprint will not be given on replays.

At the end of the quest, players will receive Excalibur Umbra at rank-30 with a free, pre-installed Orokin Reactor, and Warframe slot.

Excalibur Umbra was originally an Orokin Dax soldier who was punished by Ballas for attempting to interfere with his betrayal. The soldier was deliberately exposed to the Infestation to become an anti-Sentient weapon, a "miracle" that requires "sacrifice", and was fitted with a unique Transference Bolt that forced him to obey Ballas's whims. He was then psychologically tortured into rote obedience by forcing him to kill his son, Isaah.

Umbra is first seen in a courtyard on Earth battling his creator and his allied Sentients, but due to Transference influence he is unable to disobey Ballas, allowing him to be destroyed by Natah. The Operator discovers Umbra's remains on Earth, which leads them to a containment cell on Lua housing Ballas's Vitruvian, allowing the Operator to rebuild Umbra. However, Umbra immediately goes rogue and flees across the solar system, but not before the Operator taps into their memories. 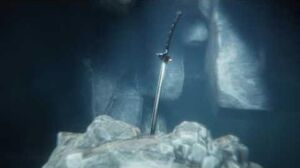 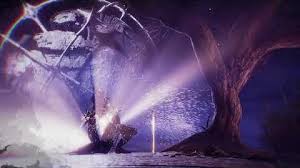 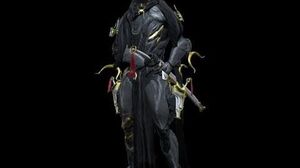 Retrieved from "https://warframe.fandom.com/wiki/Conclave:Excalibur/Umbra?oldid=1939027"
Community content is available under CC-BY-SA unless otherwise noted.