Corpus sidearm. Compared to its single-handed counterpart, the Dual Cestra sports even faster fire rate and a larger magazine size and ammo capacity, at the expense of slower reload speed and lower accuracy. 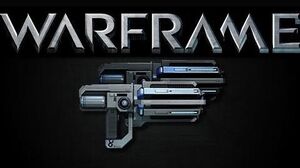 Retrieved from "https://warframe.fandom.com/wiki/Conclave:Dual_Cestra?oldid=2159542"
Community content is available under CC-BY-SA unless otherwise noted.