Dera Vandal
CODEX
The Dera is a repeater that fires super-heated plasma.

The Dera is a

Corpus rifle unlockable through Energy Lab Research in the Clan Dojo. The weapon of choice by Crewmen, though the version available to the Tenno seems to have dramatically improved accuracy and firepower compared to the standard Corpus-issue design. Due to the high accuracy, the Dera can be used at longer ranges, despite it having projectile travel time. 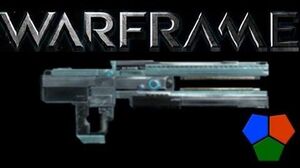 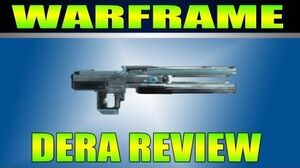 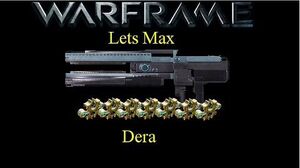 Retrieved from "https://warframe.fandom.com/wiki/Conclave:Dera?oldid=2159539"
Community content is available under CC-BY-SA unless otherwise noted.