Update 11.0
CODEX
Compact and deadly, the Cestra discharges bolts of energy at an increasingly rapid rate.

The Cestra is a Corpus-built sidearm added in Update 11.0. In essence, It is a scaled-down version of the

Supra, where it has a brief spooling period before reaching its maximum fire rate. 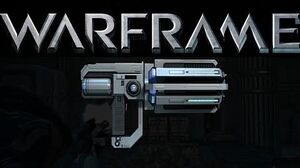 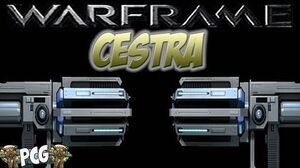 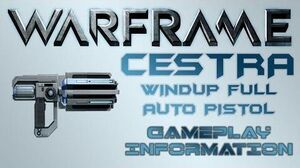 Retrieved from "https://warframe.fandom.com/wiki/Conclave:Cestra?oldid=1922181"
Community content is available under CC-BY-SA unless otherwise noted.