Braton
Braton Prime
MK1-Braton
CODEX
A special version of the standard Braton rifle with a slower fire rate but offering higher accuracy and damage values. The Braton Vandal has been customized by the Tenno with a blue-green metallic finish, and Lotus branding on the grips.

The Braton Vandal is the Vandal version of the Braton, featuring higher base damage, accuracy, and status chance, though it sacrifices Fire Rate and

Puncture damage in trade for

Slash damage. The Braton Vandal does not deviate far from its origins, performing as a multipurpose rifle for any situation.

This weapon can be sold for 1

This weapon was available for purchase for a limited time during the Open Beta Celebration Weekend (Closed Beta Hotfix 6.3.1), starting from Friday, February 15th 2013 at 12:00pm EST, through Tuesday, February 19th 2013 until 9:00am EST. It could be bought for 1

‍1 and had no rank restriction, so anyone who logged in during the Open Beta Celebration Weekend could acquire it, regardless of time spent playing the game.

After the Open Beta Celebration Weekend, Braton Vandal was unobtainable until Update 22.18, in which it was added as a reward in Elite Sanctuary Onslaught, a game mode introduced to the game in that update. All the parts can be traded, although players must have a Mastery Rank of at least 4 to acquire the blueprint. 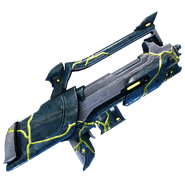 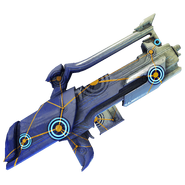 Retrieved from "https://warframe.fandom.com/wiki/Conclave:Braton_Vandal?oldid=1838194"
Community content is available under CC-BY-SA unless otherwise noted.