Grineer assault rifle that highlights enemies close to the reticle when aiming as long as they are within range, increasing visibility in dark areas. Its semi-auto main fire can be quickly changed to its secondary automatic mode to engage enemies with a faster fire rate but decreased damage. 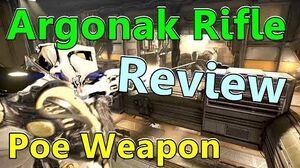 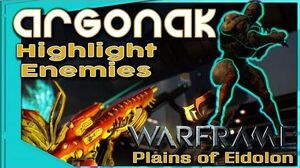 Retrieved from "https://warframe.fandom.com/wiki/Conclave:Argonak?oldid=2159625"
Community content is available under CC-BY-SA unless otherwise noted.