Update 6.5
CODEX
Fashioned with Grineer materials and balanced for marine infantry use, the Amphis is a traditional staff weapon that has received a monstrous makeover that enables shock damage on jump attacks. Connects with multiple enemies with each strike.

The Amphis causes a stun effect with high

Impact damage, making it very effective against shields. This weapon can be sold for

5,000. It is the choice weapon of Grineer Guardsmen and Prosecutors.

This weapon is a requisite ingredient for the 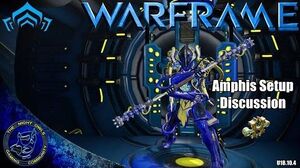 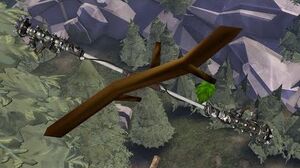 They're shocked by how well I can do a slam attack (Warframe, Amphis)
Add a photo to this gallery

Retrieved from "https://warframe.fandom.com/wiki/Conclave:Amphis?oldid=1932810"
Community content is available under CC-BY-SA unless otherwise noted.