Aklex
CODEX
Savage the enemy with a Lex Prime in each hand.

Aklex, and consists of a pair of hard hitting semi-automatic pistols. Functionally very similar to its single handed counterpart, the

Lex Prime, the Aklex Prime trades some accuracy, damage, and reload speed for an improved rate of fire and magazine capacity. 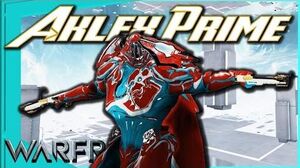 Retrieved from "https://warframe.fandom.com/wiki/Conclave:Aklex_Prime?oldid=2039400"
Community content is available under CC-BY-SA unless otherwise noted.