Aklex Prime
CODEX
Dual Lex pistols double the amount of high caliber lead you can throw at the enemy, but accuracy and reload time suffer.

The Aklex are a pair of

Lex pistols. Compared to a single Lex, the Aklex have a higher rate of fire and magazine size. However, they have no polarity slot, lower accuracy, lower damage, and a slower reload speed.

The total credit cost of crafting the Aklex, including the blueprint and buying costs of its two constituent Lexes, is 135,000 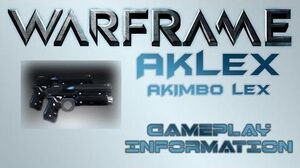 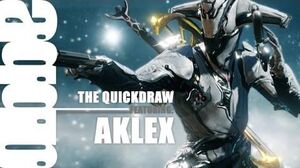 Retrieved from "https://warframe.fandom.com/wiki/Conclave:Aklex?oldid=1929353"
Community content is available under CC-BY-SA unless otherwise noted.