Commanders have much greater health than regular Lancers. They have the ability to

Switch Teleport a targeted player; often, a Commander will teleport the player into the middle of a group of Grineer, causing some disorientation in the process. Unlike

Loki's ability, a Commander's Switch Teleport can work through walls and doors and has a slightly longer duration stun.

Unlike normal Grineer Lancers who usually fire their 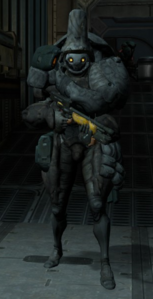 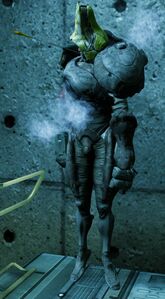 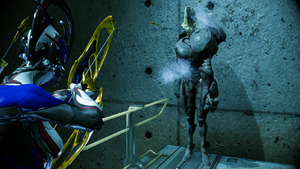 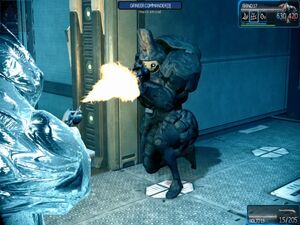 A Grineer Commander (with Braton, Prior to U 7.8) 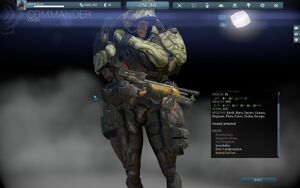 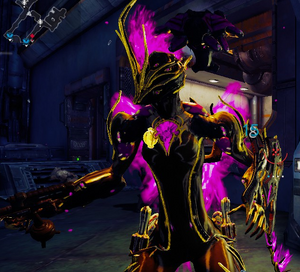 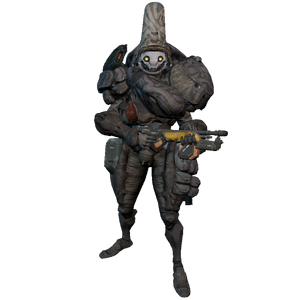 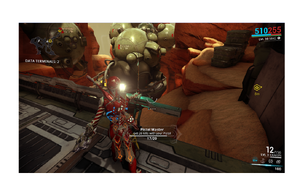 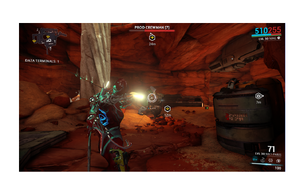 Update 22.17 (2018-03-28) Grineer Commander Switch Teleport Changes:
We’ve all been in that sudden situation when you’re Switch Teleported into an angry mob of Butchers happily thrashing at your face. Questions of ‘how did I get here?’, ‘who done did that to me?’ and ‘why me, Lotus, why?!’ are typically asked to oneself. The lack of warning or indication that a Commander Switch Teleport is about to occur can leave one confused and distraught, which is why we’ve made some changes to improve not only indication but also ability to avoid!