Cleaving Whirlwind is a stance mod for Heavy Blade melee weapons. It is a momentum-based stance whose slow, sweeping attacks deal high damage in coned or radial areas around the wielder. 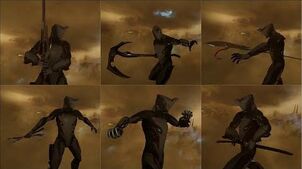