For the Warframe, see Wisp.

Other:
Earth (Plains of Eidolon)

Strange stone lifeforms that call the Plains home. They are a rare find, clustering together, floating above a patch of ground they've taken inexplicable interest in. They are an enigma.

Cetus Wisps are odd beings found hovering on the edge of most bodies of water in the Plains of Eidolon, and are also purchasable from The Quills for 2,000

‍2,000 (available at the rank of Architect), or during Operation: Plague Star from Operational Supply for 750

Cetus Wisps are generally found on the banks of Gara Toht Lake and the smaller pools of landlocked water. When approached by a player Wisps will spend a few more moments hovering in the same location (for approximately 5 seconds), before floating up towards the sky and disappearing in a small burst of light. They will be deposited in the player's inventory should the player manage to touch it.

Identified more as a loot pickup than a non-hostile NPC, they are widely used as a resource for crafting. Wisps are typically used as a component in Amp and Zaw components, but are also used in 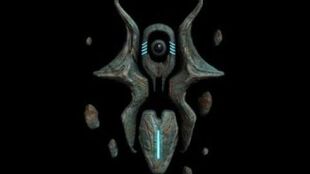 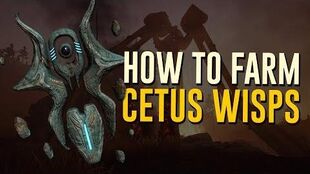 How to Farm Cetus Wisps! Plains of Eidolon (Warframe) 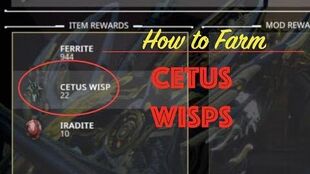