WARFRAME Wiki
Register
Don't have an account?
Sign In
Advertisement
in: Melee Weapons, Blade and Whip, Alarming,
and 4 more
English

Lacera
CODEX
Forged for veterans of the Scarlet Spear conflict, this Lacera has been modified to enhance nimbleness and lethality.

The Ceti Lacera is a variant of the Lacera

Lacera that sports improved critical chance and attack speed with some expense to status chance.

The Ceti Lacera's blueprint could be purchased from Little Duck on the Scarlet Spear Flotilla Relay during Operation: Scarlet Spear for

The blueprint was obtainable from Father during Operation: Orphix Venom for

The blueprint can be traded between players. 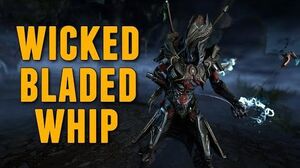