225
Born of heat and cold as death, this is the signature bow skin for Ash Shroud.﻿
—In-Game Description

Staring into the lifeless eyes of the guardsman at his feet, bile rose in Pilio's throat.

The boy berated himself this weakness, this disgust.

Touching the symbol of his order, the smoke-gem between his eyes, he muttered a prayer for strength.

Stepping over the carpet of bodies, Ash crept into the courtyard, knowing full well the fifty-strong house guard would show itself in force.

With a sudden clatter, reinforcements lined the courtyard walls, balconies... The Scoria had a saying:

"You are immortal. One mistake makes that otherwise."

Ash had never made a mistake. Here were fifty.

With one swift movement, the Warframe swatted the boy into cover, unslung his Causta bow, and sprang into a flawless grey chrysanthemum combat solution.

Shame reddened Pilio's face as the courtyard lit noon-bright with the glare of a half-hundred muzzle flashes, his blade dry in his hand.
—Drusus

The Causta Bow Skin is a Deluxe Skin for Bow weapons.

The Causta Bow Skin is only available in the Market as part of the Ash Shroud Collection, which also includes the Ash Shroud Skin and the Cremata Syandana for 225 Platinum 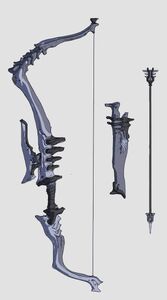 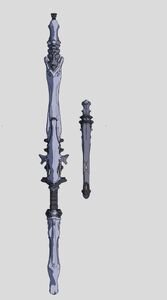 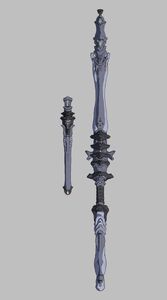