Glaives are multi-bladed or circular melee weapons that can be thrown like a boomerang. Heavy Attacks thrown during the glaive's flight will cause it to explode in an area of effect. 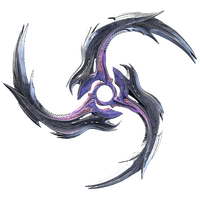 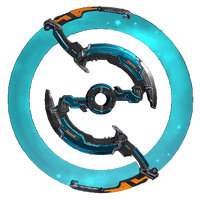 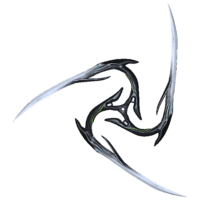 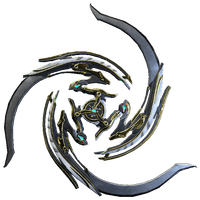 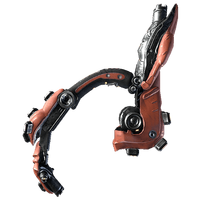 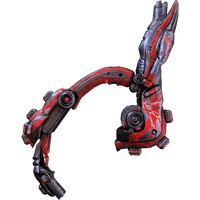 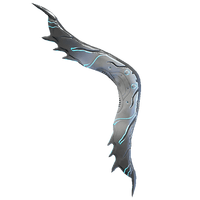 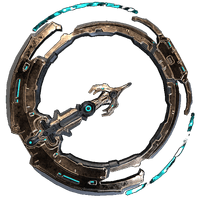 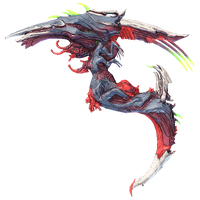 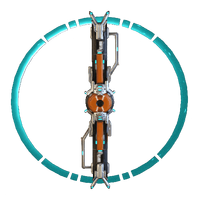 Many of these changes focus on enhancing the unique gameplay options that a Glaive can offer. We’ll start simple with throwing mechanics, and work our way up:

Heavy Attack (aka Glaive detonation) will now do more damage, more consistently! Damage numbers have been increased, and the area-of-effect falloff has been removed, meaning max damage no matter what part of the explosion hits an enemy. This should help encourage use of Glaives’ unique detonation functionality; another option to compliment swinging and throwing the weapon, allowing for massive bursts of damage when needed.

“Hold throw” mechanics now apply in Equipped Melee mode! When we added the ability to wield a Glaive alongside any one-handed secondary, we introduced a new system for throwing Glaives that was quicker and more intuitive. This modern system for both ground and air throwing has been applied to pure melee mode, making Glaives consistent no matter how they are used.

In “Glaive + Gun” mode, players must use the melee key to detonate the Glaive while in flight. With only the Glaive in hand, the alt fire button is no longer reserved for your secondary weapon, which allows for added flexibility - press alt fire for a Heavy Attack detonation, or tap melee for a simple recall

Glaive throws can now be performed while sliding! Tap to perform a regular spin attack, or hold to throw. An added level of flexibility to the Glaive playstyle.

Throw melee inputs can be “queued up”, one after the other! Also known as “buffering”, this means if you are holding a melee input as the Glaive returns to your hand, you will start charging another throw as soon as possible. With this change, a smooth gameflow emerges: throw a Glaive, hold melee as it returns, catch, release, repeat.

Glaives can now be thrown multiple times in a single jump! Limitations to this type of throw have been removed to allow more chained throws.

With all of these improvements, Glaive throwing and detonating should become a more prominent and viable way to use these weapons. But we’re only getting started!

Another feature that makes Glaives stand out from other melee weapons, is their ability to be wielded alongside a one-handed secondary. This “Glaive + Gun” mode is also getting a couple upgrades:

Glaive + Gun mode now utilizes melee auto blocking when not aiming or firing! This feature introduced in recent melee system updates will now also apply to the weapon combo mode, offering the benefits of actively equipped melee while still keeping your secondary at the ready.

With all these changes combined, we hope Glaive gameplay will feel more fluid, fun and unique. To encourage exploration of these new mechanics, we are also making changes to Glaive Modding options, improving old Mods and introducing new choices for players to try!

Glaive Mod Power Throw has been given respective buffs:

This Mod will now be great for players who embrace the “catch and release” playstyle introduced by the changes to melee input queueing.

We also have two new Mods to help modify your playstyle even further...

Volatile Rebound: 100% Chance to explode on Bounce (Disables Punch Through).

Unlike a Heavy Attack, the explosions from these Mods do NOT consume your combo counter. Equip Volatile Rebound to inflict as much chaos as possible from a single throw, or Volatile Quick Return for rapid targeted strikes.

Below are some specific changes per weapon from the above changes: