Catchmoon is a Kitgun chamber component. It fires an energy projectile with innate enemy punch through, very similar to the

Heat damage, as well as a guaranteed

Impact proc against enemies within 10 meters. However, the projectile possesses travel time, damage falloff, limited range, and no bonus damage on headshots. The projectile will also dissipate if the center part of it collides with the environment.

As a primary, it fires on full-auto with significantly smaller projectiles. As a secondary, it semi-automatically fires a wide projectile. 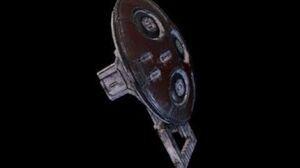 Below are balance changes that affect Primary Kitguns only based on feedback.

If you’ve made it to this part of the Update notes, you’re well aware that a lot of the Warframe meta may shift in new directions. With the current path Catchmoon weapons are on, it was time to bring Catchmoon weapons to a more reasonable power level, while still keeping them effective.

Retrieved from "https://warframe.fandom.com/wiki/Catchmoon?oldid=2173351"
Community content is available under CC-BY-SA unless otherwise noted.