The Carmine Penta is a special variant of the Penta

This weapon's blueprints and components can be obtained from Pluto Proxima or Veil Proxima Corpus-controlled Abandoned Derelict Caches in Empyrean missions. All parts can be traded between players. 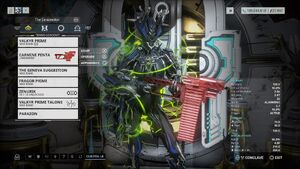 How it looks with every magazine mod equipped 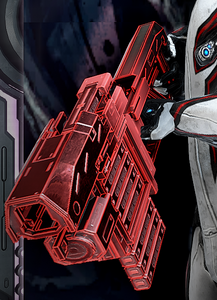 Carmine penta as it appears in the aresnal 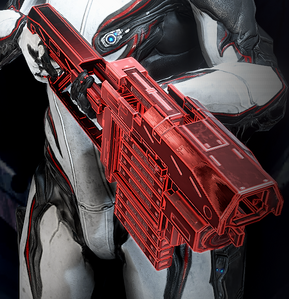