Discharge Augment: Converts 3% of Damage dealt into Shields split between Volt and Squadmates.

Capacitance is a Warframe Augment Mod for Volt

Volt that converts a percentage of damage dealt by Discharge 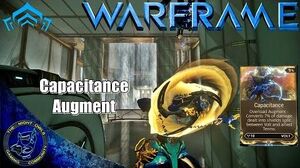 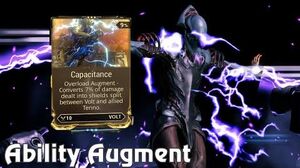