WARFRAME Wiki
Register
Don't have an account?
Sign In
Advertisement
in: Enemies, Enemies With No Drops, Update 30,
and 2 more

A Candidate is a unique Corpus enemy. They can be mercied at low health to spawn a Sister of Parvos.

Candidates will only spawn upon qualifying for Rank 1 rewards or greater of the Nightmare difficulty (using a Zenith Granum Crown) in the Granum Void of any mission in the Corpus Ship tileset. Players must also have completed The War Within and Call of the Tempestarii quests to be able to summon one. 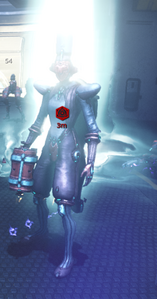 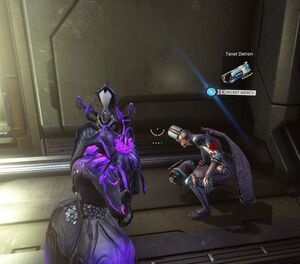 As the pool of Adversary weapons grows and your checklist fills out, the natural chance of finding a Progenitor (Larvling or Candidate) with the exact weapon you desire shrinks. This Adversary Weapon Generation Quality of Life change is meant to reduce randomness over time of what weapon a Progenitor Candidate (Sister) or Larvling (Kuva Lich) can spawn with.

By skipping a Progenitor (choosing not to Mercy them) the spawned weapon is then put into a ‘reject’ pile for that round of Adversary generation, meaning that it will not appear again and ultimately reducing the weapon pool each time you ‘reject’.

The list of rejected weapons is cleared once you accept an Adversary and the process would start again from a clean slate for both Sister or Kuva Lich the next time you go looking for an Adversary. This list clearing applies to both Sister and Kuva Lich, meaning once the chosen Adversary is Converted or Vanquished, the list clears for both factions.