/Lotus/Weapons/Tenno/LongGuns/PrimeBurston/PrimeBurston
CODEX
Once thought lost to the ages, attempts to reengineer the Burston Prime never fully replicated this weapon's power and agility.

Burston, sporting higher stats across the board including fire rate, damage, status, and critical potential.

The Burston Prime can be sold for 7,500 Credits 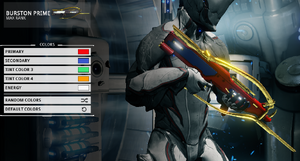 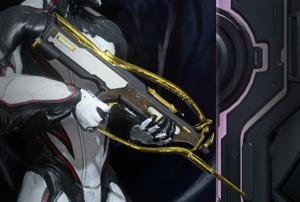 Burston Prime as it appears when equipped in the Arsenal