CODEX
Rain down a triple volley of explosive disease bladders from a distance, then move in for the kill by unloading a multi-shot barrage of toxic barbs with primary fire.

Infested Shotgun Arm-Cannon that launches a barrage of

Toxin blasts from its primary fire, while its Alternate Fire shoots three explosive

Viral shots in a burst. The arm-cannon does not have ammo reserves, and instead regenerates ammo.

The Bubonico's blueprint can be researched from the Bio Lab in the dojo. 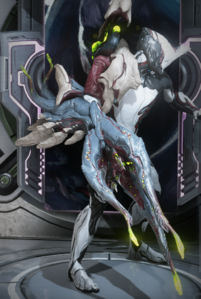 Bubonico as shown in the arsenal 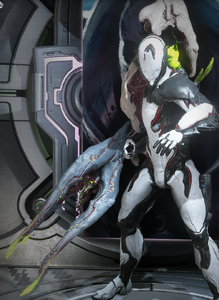 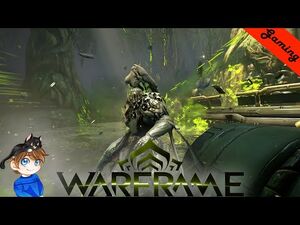