Brood Mothers are large, heavy Infested that spawn Maggots within their chest cavity, which the Brood Mother can then release to attack enemies. Brood Mothers will also charge at nearby opponents, and release an additional swarm of maggots upon death. They were introduced in the Operation: Mutalist Incursions event in Update 15.5 (2014-11-27).

Attached Maggots slow the victim down a little while doing damage over time, with the slowdown and damage increases with the number of attached maggots. These maggots are weak and easy to dispatch but due to their small size can prove to be difficult without AoE weapons or abilities. 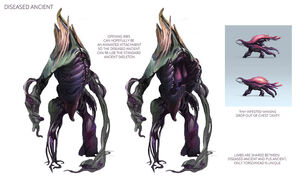 Concept Art for the Brood Mother (along with the Maggot) as featured in Devstream 35. 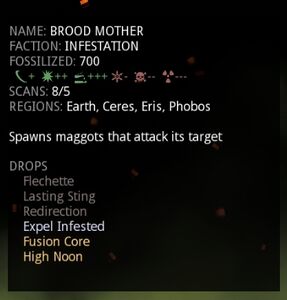 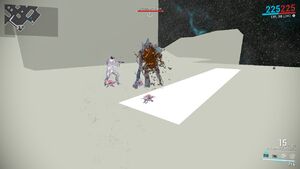 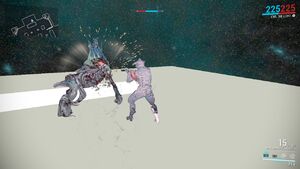 The Brood Mother's Maggots on Decoy 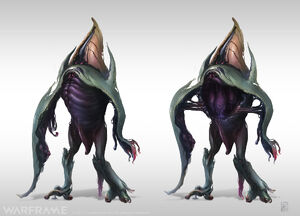 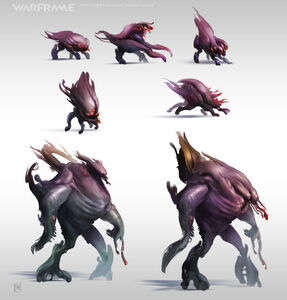