The Broken Scepter is the signature staff of the Grineer Elder Queen. It has a special ability that allows the player to 'drain' deceased enemies to gain health or energy orbs.

A built Broken Scepter is given on completion of The War Within, complete with a free weapon slot and a pre-installed Orokin Catalyst. A second Broken Scepter will not be given on a replay. 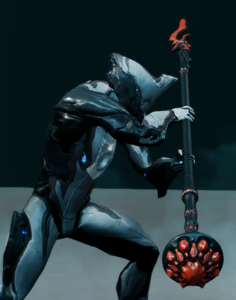 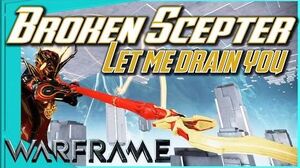