CODEX
A special version of the standard Braton rifle with a slower fire rate but offering higher accuracy and damage values. The Braton Vandal has been customized by the Tenno with a blue-green metallic finish, and Lotus branding on the grips.

The Braton Vandal is the Vandal variant of the

1 and had no rank restriction, so anyone who logged in during the Open Beta Celebration Weekend could acquire it, regardless of time spent playing the game.

After the Open Beta Celebration Weekend, Braton Vandal was unobtainable until Update 22.18 (2018-04-20), in which it was added as a reward in Elite Sanctuary Onslaught, a game mode introduced in that update. All the parts can be traded, although players must have a Mastery Rank of at least 4 to acquire the blueprint.

This weapon can be sold for 7500 Credits 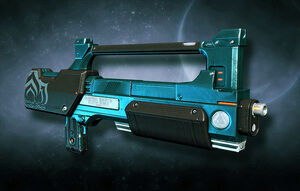 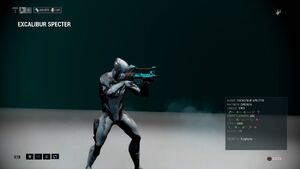 Braton Vandal in its new visual design seen in the Codex 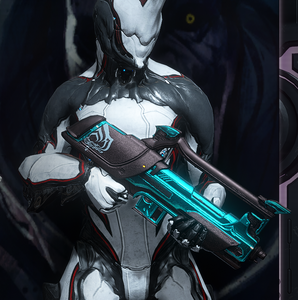 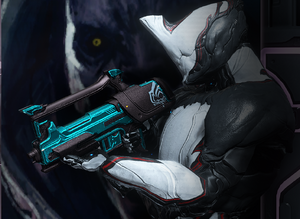