Sentient technology. Its primary fire shoots fully automatic 2-round bursts and builds charges on kills that powers up its Alternate Fire, an obliterating laser. It can be researched from the Energy Lab in the dojo. 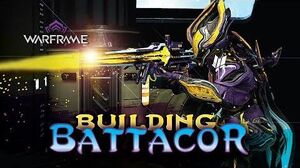 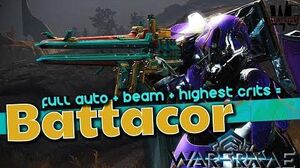 Retrieved from "https://warframe.fandom.com/wiki/Battacor?oldid=2159486"
Community content is available under CC-BY-SA unless otherwise noted.