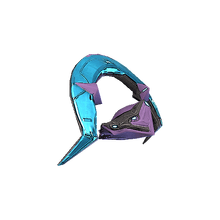 The Balefire Charger is

Electricity that deal area-of-effect damage in a large area, and can be charged to deal more damage. Its massive damage is offset by its low critical chance, critical multiplier, and status chance.

Retrieved from "https://warframe.fandom.com/wiki/Balefire_Charger?oldid=2186461"
Community content is available under CC-BY-SA unless otherwise noted.