CODEX
This intricate automatic pistol is able to fire its clip which then spins in the air for a short time, firing lasers at nearby enemies.

The Azima is exclusive to the Daily Tribute system. It will become available every 200 days, beginning at day 100, until chosen as the Milestone reward. The Azima comes with its own weapon slot and a pre-installed Orokin Catalyst. 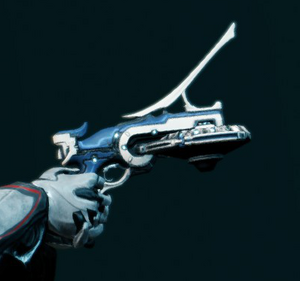 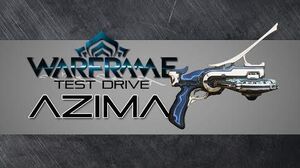 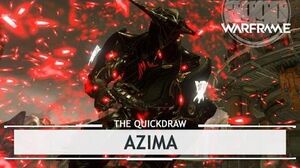 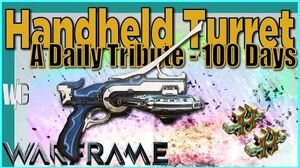