CODEX
Reverse-engineered from propulsion tech to pack a serious kick. Headshot kills trigger Overdrive, locking off secondary functions while maximizing your fire rate and ammo efficiency for a short time.

Athodai is a Tenno hand-cannon that shoots long-ranged laser beams, with an Alternate Fire function that discharges all ammo to burst-fire in a short-ranged cone. Headshot kills with the primary fire increase the weapon's fire rate and grant infinite ammo, but locks out the Alternate Fire.

Athodai was acquired by watching TennoCon 2020 on WARFRAME's Twitch with a Twitch-linked account for 30 consecutive minutes, between 12:30 p.m. and 5:00 p.m. ET, on August 1st, 2020. It comes with a free weapon slot and pre-installed Orokin Catalyst.

Athodai's blueprint and components are now available in Venus Proxima Abandoned Derelict Caches in Empyrean missions. All parts can be traded between players. 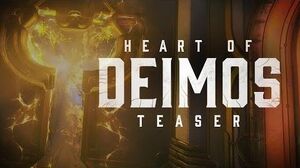