Arcane Guardian is an Arcane Enhancement that provides a chance whenever the player receives damage to increase the Warframe's armor for 20 seconds.

Can be sold for 500 Credits

Awarded for killing or capturing the Eidolon Gantulyst. 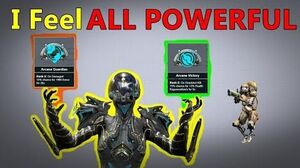