Similar to the Nervos Mine, the Arc Trap is a Grineer device that attacks hostiles within 8 meters via an

Electricity arc. The trap can be destroyed by your weapons, generating a burst of electricity that damages and stuns nearby opponents and allies. They will also destroy themselves after 3 seconds of continuous shocking. They were added in Update 12.5 (2014-03-19) as a replacement to Broken Lights. 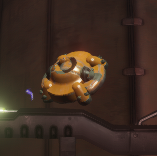 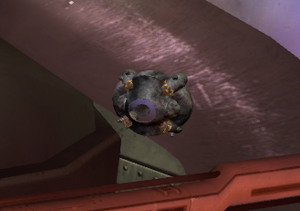 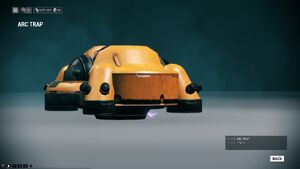 Arc Trap in the Codex.