https://www.warframe.com/droptables
CODEX
The full realization of the grotesque partnership between Alad V and the Sentients. This unit can upgrade organic allies by capturing them and birthing neuro-carnivorous memes directly into their brain stems, thereby super-charging their fighting capacity and resilience.

The Amalgam Alkonost is a Corpus Amalgam. Fully converted into a Sentient, this unit can latch onto their organic allies and inject enhancers directly into their brain, boosting their offense and defense prowess.

Alkonosts can enhance nearly any humanoid Corpus unit, including those that it would never encounter within the Corpus Gas City. Enhanced units will fully regain all their health and shields after the injection, and gain drastically improved movement speed and 70% damage resistance. They also manifest a blue aura, and if their helmets are shot off, it will reveal that their facial skin is melted, which exposes their red fleshy muscles. Alkonosts are also immune to status effects and certain Warframe abilities.

Eligible targets are listed below. Anything italicized refers to targets Alkonosts cannot encounter in regular gameplay:

Amalgam Alkonosts possess Damage Reduction that scales depending on your weapon's DPS excluding critical hits. DPS is calculated by 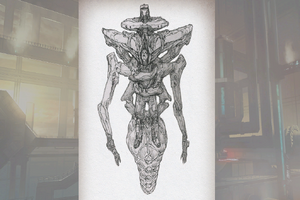 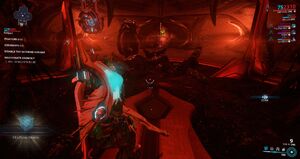 Alkonosts forming in the pools on the Sentient Ship. 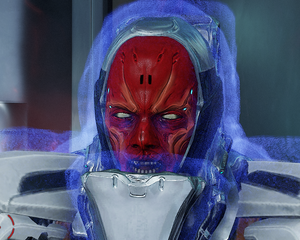 Corpus Crewman changed by an Alkonost