WARFRAME Wiki
Register
Don't have an account?
Sign In
Advertisement
in: Enemies, Shield Enemies, Enemies With No Drops,
and 6 more
English

https://www.warframe.com/droptables
Bad news, Tenno. The Stalker has found others as twisted as himself. He calls them his Acolytes and he's sent them after me! Shh! I have to be very quiet, they cloak! They could be hiding anywhere! Even listening to this!
—Alad V during Operation: Shadow Debt

The Acolytes are mysterious, twisted and sinister warriors that follow the Shadow Stalker, taking the appearance and abilities of different Warframes while bearing the distinctive helmet of their master. They were first introduced in the Operation: Shadow Debt event, and would make sporadic reappearances afterwards.

As of Update 29.5 (2020-11-19), Acolytes became a permanent addition to the game, making appearances in The Steel Path missions and dropping Steel Essence.

Impact which can stack up to 6 times, and

Radiation only amplifies the damage the Acolyte receives from allied units and does not enable friendly fire unless those allies themselves are inflicted by the status.

Acolytes typically spawn in any non-Archwing and non-Assassination Steel Path missions once every 3-8 minutes. They are guaranteed to drop 2 Steel Essence, as well as one random Steel Path Arcane (

“It's taking longer than I calculated.”
This page is actively being worked on and may not be completely correct. Please assist in making this page accurate.
Seems to have additional damage resistance on top of their shields and armored health. Exact numbers need researching. Not sure if this DR scales with DPS. 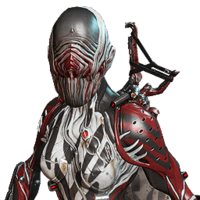 Angst is one of Shadow Stalker's acolytes, first appearing in Operation: Shadow Debt. She takes the form of a

Valkyr Warframe with an Immortal Skin, wearing Stalker's helmet and the Vanquished Syandana. She battles with the 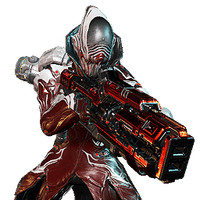 Malice is one of Shadow Stalker's acolytes, first introduced during Operation: Shadow Debt. He takes the form of

Frost with a Prime Skin, minus his signature shoulder armor, with Stalker's helmet and large chunks of machinery around his body. 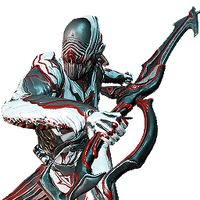 Mania is one of Shadow Stalker's acolytes, first introduced during Operation: Shadow Debt. He takes the form of

Loki with an Immortal Skin, wearing Stalker's helmet and a Daedalus Shoulder Plate. 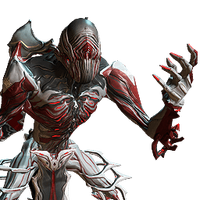 Misery is one of Shadow Stalker's acolytes. He takes the form of

Nekros with an Immortal Skin, wearing Stalker's helmet and 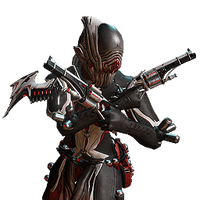 Torment is one of Shadow Stalker's Acolytes, first introduced during Operation: Shadow Debt. She takes the form of

Mesa with Stalker's helmet, a Naberus shoulder piece, and some of

Equinox's front tassels. She also uses an Eos chest plate for a codpiece, and the Eos spurs. 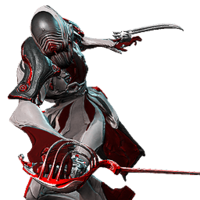 Violence is one of Shadow Stalker's acolytes, first introduced during Operation: Shadow Debt. He takes the form of

Limbo wearing Stalker's helmet and the pieces from the Hulta armor set.

Finding and defeating the Acolytes is a community effort. Once an Acolyte is defeated, another one will take its place.

An Acolyte can randomly appear on the Star Chart, indicated in the World State Window, where players must then hunt down the Acolyte by finding which node on which planet it appears. Once the Acolyte has been found, its location is displayed in the World State Window for all players to see; like the Stalker, acolytes may appear in modified versions of the mission node, such as in Kuva Lich controlled nodes. Unlike other enemies, Acolytes cannot be killed in a single mission. Instead, players must engage the Acolyte in a mission and deal as much damage to it as they can. The damage received by the Acolyte accumulates as more players encounter and deal damage to it over several missions, with its total remaining health displayed on the World State Window. Only when its total health has been depleted will the Acolyte be eliminated. The Acolyte will stay in the node where it is found until it receives a certain amount of damage to its total health, after which it will disappear from the node to relocate to another node, thus requiring players to search for the Acolyte's location again. If the Acolyte switches to a different Node while the players are on a mission to kill it, the Acolyte will still spawn provided it hasn't spawned yet and the right tile is found.

The Acolyte will only spawn in the mission if one player enters a room of the map randomly chosen at the start of the mission where the Acolyte is supposedly hidden. When a player enters this room, the screen will flicker with a violet hue similar to the warning signs for the Stalker, and the Acolyte will send messages to the player before spawning a few seconds later and engaging in battle. During such an encounter, the Acolyte will disappear after receiving enough damage, if the players go down, or a certain amount of time after the start of the encounter has passed. The Acolyte will only drop a mod from their drop table if they left from receiving enough damage. However, if they leave because too much time has passed or the player(s) are killed, there is no dropped reward.

All Acolytes, similar to the Stalker, will perform

Pull on a single target to counteract any Tenno who attempts to avoid their wrath by standing on top of raised objects. They can also teleport any Tenno who tries to flee into another room. Lastly, as a fail-safe, they can teleport directly to a room in which a Tenno hides in instantaneously should they get too far away (as they have been known to spawn across the map by accident), staggering any Tenno they happen to reappear on top of. This fail-safe teleport is different from

Switch Teleport (used by Mania) and

Teleport (used by Angst) as it can only be performed if the Acolyte is in a room with no Tenno present, but is also instant with no animation delay or particle effects.

For non-endless missions, most notably Sabotage, a max of 3 Acolytes will spawn and their levels will incrementally increase with every new Acolyte spawn.