Gauss's signature fully automatic rocket launcher that fires micro-missiles in rapid succession with high critical chance, critical multiplier, and fire rate, and a large, 4-meter explosion radius. To provide safety for its user, the rockets arm after traveling 7 meters in midair. Uniquely, this weapon reloads faster while sprinting, and reloads even faster when wielded by 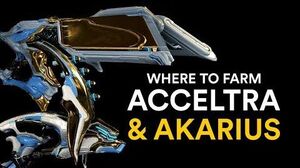 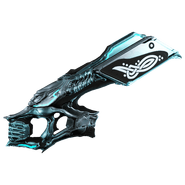 Retrieved from "https://warframe.fandom.com/wiki/Acceltra?oldid=2186397"
Community content is available under CC-BY-SA unless otherwise noted.