LOTUS NOGGLE - A small wobbly statue of The Lotus.

Changements:
Previous we shipped a change to include a Hilt and Blade component to the Broke War Blueprint in an effort to allow players to have both War and Broken War in their inventory. Unfortunately, we failed to include the Hilt and Blade onto enemy drop tables. This hotfix adds these components to Warframe’s drop table, listed below, correcting the unintentional error.

These changes will not affect enemy spawning in Exterminate, Excavation, Survival or Defense Missions, but will have a slight impact on enemy spawning on other Mission types.

Inaros - Risen from the sands, Inaros commands the desert's fearsome power. DESICCATION: blasts enemies with a wave of cursed sand, blinding and damaging them while also stealing their health.

DEVOUR marks your target, trapping it in quicksand. Charging the ability will draw them towards Inaros for devouring. Alternatively, Inaros or his allies can activate the target, transferring a percentage of its health and shields. If the target dies by the hands of Inaros, a sand shadow will spawn to assist him.

SANDSTORM transforms Inaros into a whirling spiral of sand, gathering nearby pickups and throwing enemies away. Enemies previously marked for devour within its radius will drained of shields and health.

SCARAB SWARM is a charged ability, converting your health into hardened scarab armor. Discharge it to inflict a swarm of insects toward your enemies. Any survivors will have their health drained and bestowed upon your allies within radius.

FERAL KAVAT - A feral Kavat. Feral Kavats can be found in all Derelict Missions, except Defense.

HYEKKA MASTER - Summons a Hyekka to fight for it. Hyekka Masters will replace Drahk Masters on Phobos (Grineer Settlement tileset). They will also appear in any Grineer Mission that features Infested, and may also appear in other Missions that spawn Grineer enemies.

ABRASYS SYANDANA - Evokes stone scarred but not destroyed by the sea’s tireless onslaught.

CELESTIA SYANDANA - Displays Daily Conclave Challenge progress, with a beam of light for each completed challenge.

'DOJO' COLOUR PICKER - a colour palette based on the Dojo Pigment colours!

The following changes have been made to Warfarme Ability powers when used against boss-type enemies. These changes do not affect the damage each Ability does as discussed in our Developer Workshop here: https://forums.warframe.com/topic/605059-immunity-vs-resistance/

The Destreza has arrived! Elevate martial combat into an art form with this Tenno rapier !

Sortie Season 2 is now live! Keep an eye on the Sortie menu in the World State Window to observe changes made to the Sortie Reward Pool. We realize this is 2 days ahead of schedule, but we wanted to give everyone a chance to get Nezha starting today! 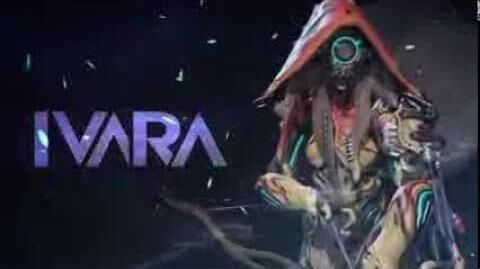 Ivara’s Abilities are as follows:

Accounts can opt-in at http://www.warframe.com/user shortly after this Update is live. Be sure to check your spam folder for any confirmation emails. If you still aren't receiving emails, add no-reply@warframe.com to your whitelist and allowed contacts.

Due to the volume of content available in this the Second Dream it may be possible that we’ve missed the announcement of a fix or change. If you believe something is not properly documented in these notes, please let us know. We will continually monitor this thread to watch for any reports of undocumented changes and will update the information here as necessary.