Nota: -Soul Siphon-A master of death, Nekros regenerates 5 points of Salud any time an enemy dies within 10 meters of him. 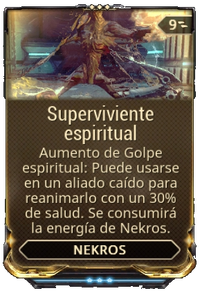 Superviviente espiritual es un mod de aumento de warframe que permite a Nekros to use Golpe espiritual on allies in desangrado to revive them with partial health, at the cost of consuming all of Nekros's energy. 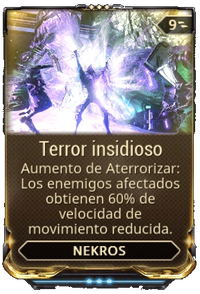 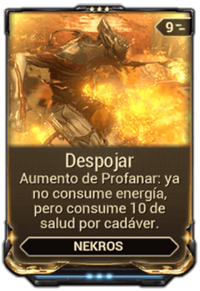 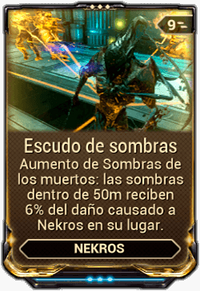 Does not properly produce shadow copies when standing on boxes or crates, as the ability will spawn shadows at your current height in the casting range. If there are no surfaces around where you are standing that are close to the height you are at, very little or no shadows will spawn, but it would use energy and waste 'souls'.
Very rarely, nearby hacked MOAs onda de choque from spawning cabinets will be turned into a shadow, even though you never killed the MOA (and you can't since it's an ally).

Rarely, a shadow or two will not die when the duration ends, and will continue to exist until they die.
Relative to the above bug, Drahk which are summoned from a Maestro Drahk that was made a shadow will have no energy color and use the base Drahk skin and will stay a shadow forever or until they die.
For clients, casting the ability while there are still shadows present (on your end the timer is up but for host they are still walking around) can cause strange things to happen:

If a Antiguo Corrupto is queued for your next shadow, casting the ability on solo missions will allow you to become downed instead of dying instantly, as the game recognizes the healer is about to be spawned. You will be revived with a small portion of your health once the Ancient pulses its healing wave. This is a quirk that only occurs if a Antiguo Corrupto is queued to be spawned as you use the ability and will not happen in any other case.

A Halieto Extenuador shadow's sapping field will not have Nekros' energy colour, and the orb can be destroyed by allies. The field will not damage allies, however. 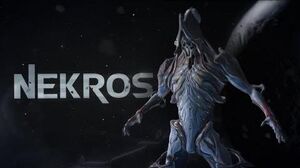